Serving the people of Woodhouse and Woodhouse Eaves. 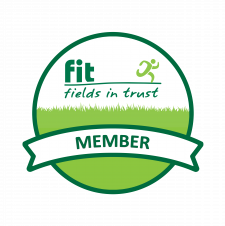 The King George's Field, Woodhouse Eaves, is a registered charity [no. 1087237] for which the Parish Council is the sole corporate trustee. It is named after King George V and is one of many playing fields established as a national memorial after the King's death in 1936 - a similar scheme for new fields was established to reflect the long reign of Queen Elizabeth II. The area covered by the charity runs from Main Street down to the end of the playing field - and all the property that sits on the land. Most of the land was gifted by the Herrick family of Beaumanor Hall, and the rest was bought by the Parish Council. As the ancient field was once farmed, it rises and falls in places as a result of the medieval 'ridge & furrow' ploughing system - see https://en.wikipedia.org/wiki/Ridge_and_furrow for more detail.

The front part of the parish hall was also a gift from the Herrick family. The Council added a large extension to provide the stage. The adjacent caretaker's residence was also part of the original Herrick estate. A new building behind the parish hall was erected in 2015 and named The King George V Room in 2017 after being given permission by the Government Cabinet Office, which manages requests to use Royal names.

Management of the land and property is subject to conditions enshrined in law via the Charity Commission. The charity is also monitored by Fields In Trust [formerly known as the National Playing Fields Association] and this body provides advice and guidance to the Council in its role as trustee. For these reasons there are two monthly meetings, one each for the Council and charity; and two separate bank accounts. Minutes can be found alongside parish council minutes.

Income for the Council comes mainly from your council tax - the Council asks the collecting authority, Charnwood Borough Council, for money each year - this is called the Precept.

Income for the charity comes mainly from lettings fees for users of the field and all the buildings.

Both income streams can be supplemented by grants and donations. The charity has no reserves as income never covers expenditure. The council transfers an annual sum to the charity accounts to help it to cover its costs.

Minutes of the meetings can be found from the Calendar on the Council meetings page.

Accounts can be found on the Charity Commission page and also from the link below.